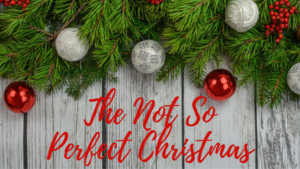 For the first time ever this year, I was kind of ready for Christmas. In spite of having the usual and it has to be said, particularly nasty winter bugs in the few weeks before, necessitating PCR tests as we were feeling pretty rotten. Fortunately they were negative.

So I headed into Christmas a little washed out, but nevertheless with an air of unmitigated excitement. My youngest daughter is now twelve and having eeked out the magic as long as possible, she is now aware of the reality of parental involvement in the whole Father Christmas charade. Sad in a way and the end of an era in this house, after twenty years of my playing the role with dedication and relish. Staying up until 3am on Christmas morning, frantically wrapping toys, stealth like under the cover of softly played Christmas carols and hidden gift wrap adorned with the girls’ favourite things; unicorns, dogs, cute snowmen. Yet in another way, I felt relief that I could finally wrap presents in advance, be a little organised. After all, the magic was still there, hand decorated gift lists and stockings hung over the fire on Christmas Eve. And in any case, the best laid plans and all that – somehow I still managed to be wrapping until 1 am.

We usually spend Christmas day just the six of us as a family. It’s more relaxed somehow. Classic FM on the radio, all of us helping with the veg prep. Later on, gorging ourselves silly, a walk, then the Queen’s Speech and Christmas pudding. This time, we reminisced over last year. How odd it had seemed. Traditionally we always have my wider family around on Boxing Day. It’s hard work, as there are a lot of us, twenty in fact, but it’s one of the rare occasions we all get together these days. Last year, due to the bubble system, we were unable to do it and we had all felt strangely bereft on Boxing Day 2020 – no one coming round to eat the cold cuts of meat, no creating a buffet of tasty morsels and left over Brandy sauce and trifle.

But this year, it wasn’t going to be that way. Boxing Day was back on. The food was prepared and ready in the fridge. Miraculously the extended family presents were already wrapped and labelled under the tree, thanks to extra help from my sixteen year old. The tree looked particularly spectacular, taller than our usual one, with baubles and the angel on top sparkling, radiating joy and Christmas spirit. The house looked more Christmassy than it ever has. For once everything was Christmas perfect. Except…

The evening of Christmas day, my husband started coughing. I have to confess; I did peer at him a little suspiciously at first. We have been married long enough for me to know that the invasion of my family en masse can be a little trying for him. But as the evening went on, the cough worsened and it was soon apparent we had a problem. Lateral flow was negative, but my ninety year old Dad is currently unwell with renal disease and therefore vulnerable. His illness came on suddenly last March when he went from being quite amazingly fit and healthy (in spite of having cancer five times since his late fifties), walking the dog twice a day, picking up shopping in his car, moving heavy concrete bricks in the garden and digging the veg patch, to exhausted and barely able to do anything. He is now immunosuppressed due to his last pioneering treatment to prevent the deterioration of his condition. Even a cold can make him really unwell – he was hospitalised in the Autumn with pneumonia.

With a heavy heart I messaged everyone and cancelled Boxing Day festivities at the last minute. At least I could drop food to my sisters who kindly took over the celebrations at her house. But I confess I had a lump in my throat when talking to my Dad through the doorway, all dressed up and spruce in his best Christmas jumper. I so badly wanted to spend that time with both him and my Mum. We have already lost so many occasions, they’ve missed so much with the girls the past couple of years due to the constant necessity to shield them both.

So once more, Boxing Day was quiet. It felt all the more poignant because I knew we might not get the next opportunity to celebrate later in the week as planned. With my Dad’s health as it is, such occasions are precious, rare, to be treasured like gold dust.

My fears were realised, the following Wednesday, Dad was admitted to hospital on my parent’s wedding anniversary. He’s been in a ward with no visitors, over an hour away.

Now, since the New Year, my Dad has contracted Covid at the hospital and his kidney is beginning to fail fast. On top of this, my daughter’s mental health issues have seriously worsened. I had hoped like any other New Year, this would be a fresh start. A time for new beginnings, as though somehow magically, this year would be better than the last two. Unrealistic I know, but that’s part of our wonderful human condition, we live in hope.

However, I was lucky enough to speak to Dad on the phone yesterday and was blown away by his sheer strength of spirit and the fact he told me to look after myself following the covid booster (feeling rough with it) even though he is struggling with the illness itself. And I know it sounds trite, but I was incredibly thankful to be able to speak to him at all. My twelve year old, played the piano to a phone held aloft and finally last night, my Mum was able to come round for dinner and see our lovely decorations.

Perhaps this last couple of years has readjusted our expectations, put things in perspective. Somehow it’s peeled back the exterior, the tough outer decorative skin of the toot and things that simply aren’t relevant and allowed us to focus on what seriously matters inside.

For many reasons this has been, as we saw empasised so beautifully on Princess Kate’s glorious celebratory ‘Together at Christmas Service,’ an incredibly difficult time, impossible for so many. The Duchess described the event as, ‘a celebration of life in our communities and illustrates how acts of kindness, empathy and love can nurture and reconnect us.’

This was the theme of my pandemic romance, ‘Love in Lockdown.’

‘In lockdown nothing was definite, nothing was certain except the strength and resilience of love and community…the reality is that when everything else stops, love is all that’s left.’

This year the Queen spent her first Christmas as a widow at Windsor with only direct family members. How poignant was the song in Princess Kate’s service, ‘For those who can’t be here.’ There were so many who once again couldn’t celebrate Christmas with those they love.

But Christmas was never designed to be perfect. According to the original story of Jesus’ birth, Mary arrived at Bethlehem, hugely pregnant, riding on a donkey and due to the decree ordained by Caesar Augustus, for all to return to their home town, all the guest rooms were full. This must have been a complete nightmare. In the end as the story goes, Mary gave birth to her son amongst the animals in the stable. Yet this miracle of the baby Jesus, laid in a manger, surrounded by oxen, presents an iconic and beautiful scene. It simply wouldn’t have been the same if he had been born in a typical house of that time, in a bed. Sometimes out of difficulty, miracles are born.

We put so much pressure on both Christmas and New Year being perfect. The presents have to be just right, the baubles need to match, the fireworks must be amazing, the alcohol flowing, the party the best. Yet all that really matters when all is said and done is love.

If this pandemic has taught us nothing else, over the past two years, we have learnt that even if we couldn’t all be together in person once again this Christmas and New Year that we were and are all united in love and community. And whilst love, like Christmas may not be perfect, it is pretty special and something worth celebrating. 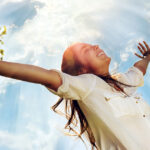 Top tips for looking after your mental health during lockdown!

Bridgerton - A Glorious Escape from Reality and Why Not? Hi, I’m Fiona, writer, mother, trouble-shooter, dog walker and the owner of a myriad of other job titles, some of which I didn’t volunteer for. Writing is my favourite past time and I love having the opportunity to entertain people with my work.